From Chicago, to Paris, and Back

How does a young man from the American Midwest, lacking focus and of limited means, produce a photography book, 30 years in the making, of a cemetery in Paris?

It started in1976 when I wandered into a now defunct Chicago photography store, Helix, and purchased a Nikkormat 35mm camera with a 50mm fixed focal length Nikkor lens. At the time, I was marginally interested in photography, but I needed a camera to document my art work. After briefly looking at the manual, I realized that I needed formal instruction to realize the full potential of my $500 investment.

After two weeks of Photo 1 classes at Chicago’s Columbia College I was hooked .I quickly realized that the dual nature of photography appealed to my interests in art and science, but I wrestled with the means to fund full-time enrollment.

My Photo 1 instructor, Jim Gail, was also the photo studio manager and he offered me a position as a teaching assistant. Working in the studio along with a part-time job in a commercial photography studio made it possible for me to attend Columbia full time.

My days at Columbia were energizing and included lively Saturday afternoon discussions with Bob Edmunds. Bob taught a film lighting course and would wander over to the photo studio to kill an hour while his students tackled one of his lighting assignments. During one of our conversations, Bob asked what I’d like to do after graduation. Spur of the moment, I blurted out, “I’d love to visit Europe but I’m not sure how I would make that happen.” Bob quickly responded, “ I have connections and could make arrangements for a scholarship, probably in Holland. Just check back with me your senior year and I’ll see what I can do.”

The first three years flew by and one day as I ran into Bob in the hall I reminded him of our conversation. Without hesitation, he promised to get on it right away. Several weeks later, he tucked his head into his film history class and motioned me into the hall. With a twinkle in his eye he asked me if I would like to go to Paris instead of Holland for a year long scholarship. During lunch with the French consul in Chicago he was asked to recommend a student for a scholarship in Paris.

After another lunch with Bob and the French consul, my fate was sealed. I wrapped up my last year at Columbia and, after wrestling with the details, landed in Paris in 1981.

My initial experience in Paris was less than glamorous. I arrived in Paris with an address for my assigned “dormitory” only to find no one had an idea of who I was or what I was doing there. The night attendant took mercy on me and put me in a room with a group of Indian students with the caveat that the arrangement was only temporary. After several weeks I was relocated to a high rise student dormitory in a Parisian suburb, Massy Palaiseau.

I lived in a roach infested room 45 minuted outside of Paris, the only english speaking student in a building filled with students from ex French colonies. My early days were filled with daily visits to Paris and dealing with the challenges of daily existence in an unfamiliar culture , challenged by a foreign language and customs . Simple tasks became daunting, and before long I felt adrift and homesick.

One day I answered my door to find another American, John Broder, and the course of my Parisian life took a quick turn for the better. John was a reporter (and former photographer) with the Detroit News on a fellowship in Paris sponsored by the French Ministry of Culture. We quickly became fast friends. I was introduced to a family friend of John's, which landed me in a new home in a prosperous neighborhood on the right bank of the Seine. My new host, Suzanne Wolfe, was an American lawyer specializing in international business law. Due to her frequent travel, she needed someone to keep an eye on her precocious 12 year old son, Charlie. An arrangement was made and I was back in Paris.

As the months passed I became more acclimated and slowly began to adjust to life “Parisian”. My girlfriend, Paula (now my wife), joined me and Paris exploded with possibilities. I could hear Joni Mitchell’s voice in my head, singing “I was a free man in Paris I felt unfettered and alive...”. We spent most of our days exploring all Paris had to offer, after a quick jumpstart of un cafe and croissant at a local cafe. During one of my walks I came across Pere Lachaise cemetery; I was enthralled by it’s somber atmosphere and visual complexity. The historically rich older sections in varying stages of decay I found most intriguing. Creating photographic order out of the chaos would be an appealing challenge. I made a couple of visits, shot some hand held 35mm photos with plans to return with a tripod and 4x5 view camera. getting permission to shoot with a tripod and a view camera. Unable to arrange for the necessary documents I finished out my stay in Paris determined to return to photograph Pere LaChaise in earnest.

Back in Chicago I started an architectural photography studio with another Columbia College student. The business flourished, I got married, became a landlord, and raised a couple of boys. Wrapped up in the responsibilities of my daily life, returning to Pere Lachaise lost it’s urgency. One day I chanced upon an article in the Chicago Tribune documenting the controversy over relocating some of the remains buried in the cemetery. It dawned on me that the ancient sections of Pere LaChaise could be modernized, losing some of the charm that attracted me in the first place.At that moment, I decided to return to Pere Lachaise and complete the project I began 13 years earlier. In 1994 I returned with an assistant for three weeks and shot over 200 images. We stayed in a cramped room one block from the rear entrance, the first to arrive and last to leave Pere LaChaise each day. Upon my return to Chicago, I archived all of the film and continued my career as a commercial photographer.

Over the following years I managed to print select images and exhibited the work on several occasions. As a photographer, the holy grail has always been to publish your work in book form. To that end, I had several close calls with book publishers but they always fell short. Then I discovered the crowd funding site, Kick Starter, and managed to partially finance my first self-published book.

Shortly after funding my book, I suffered a minor heart attack followed by an angioplasty. My physical recovery went smoothly but it took me about a year to deal with the psychological impact of facing my mortality. With renewed focus and energy, I found a book designer and printer, commissioned essays, and edited/printed final proof images with Spring of 2015 set as the book completion date.

So through a series of twists and turns that started with the purchase of a Nikon camera, I embarked on a career in commercial photography and published my first fine art photography book. The photographs in this book are the culmination of the last 39 years of my life. I hope you enjoy looking at them as much as I enjoyed making them. 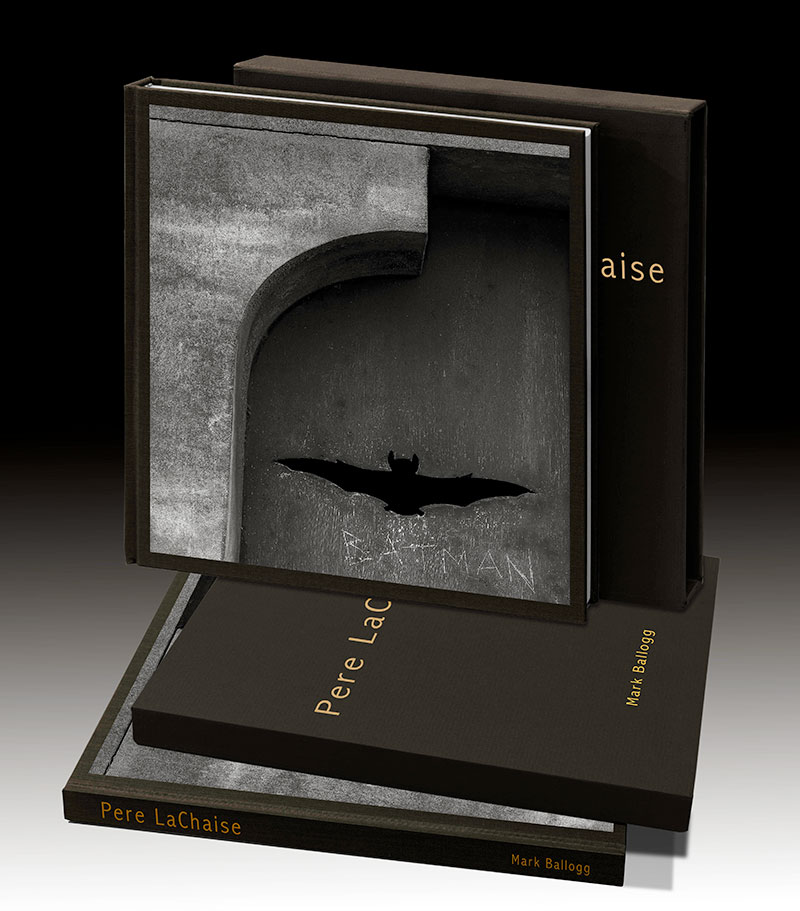 +$6.00 shipping/handling (per book) to US; email for international shipping quote